A Presence in Congo

A brief overview of Covenant ministries in DR Congo, and the development of Paul Carlson Partnership

August 1937 The Covenant Church acquires the Karawa station in the Ubangi region from the Free Church. Wallace and Sarah (Westerfield) Thornbloom, the first doctor and nurse at Karawa, develop a hospital there. In the next 20 years, the Covenant sends 85 missionaries to Congo. They include ministers, translators, educators, doctors, nurses, builders, and engineers.

1950 The Covenant has four main stations—Karawa, Gbado, Bokada, and Wasolo—and hospitals at each.
1955 The first class of thirty-five students graduate from the Bible school in Gbado.

1957 In anticipation of Congo’s independence from Belgium, the Covenant assigns a committee to draw up a 10-year plan to transfer control to Congolese church leaders.
Covenant medical facilities see 25,000 patients, and student enrollment in mission schools exceeds 11,000. Almost as many youth are turned away due to lack of teachers and facilities.
1958 The first Congolese pastors are ordained.
1959 Protests spread throughout the country as Congolese seek independence from colonial rule.

January 1960 Belgium agrees to hold elections in May, and to give Congo independence in June. The Covenant transfers property and ecclesiastical control to the Congolese. The Evangelical Church of the Ubangi (ECU) is the first church to receive its charter from the new Congo government, allowing it to own property. Missionary Cully Edstrom reports, “We sincerely pray that missionaries will be permitted to remain here, not as employers or directors, but as colleagues and co-workers.”
May 1960 Following elections, the military rebels against the new government.
July 1960 Under order of American authorities and Belgian officials, missionaries evacuate. Despite the threat of military conflict, missionary doctor Arden Almquist stays in Wasolo to treat his patients.
1960–61 In the wake of independence, hundreds of Belgian doctors leave Congo.
1961 By the end of the year, 31 missionaries (10 men, and 21 women) have returned.

1962 ECU president Joseph Doko, on behalf of the Congo church, requests that Paul and Lois Carlson be called by Covenant World Mission for permanent service as missionaries.They are the first missionaries specifically invited by the Congo church.
1963 8,000 students attend schools run by the Congo church. The Clyde Carlson Memorial Bible School in Gbado trains village teachers in a two-year course. The school is named after a young missionary who had died at Karawa in 1957.

Fall 1963 Paul and Lois Carlson arrive at Wasolo. Congo Protestant University, built with a $12,000 estate bequest from the Covenant, opens in Kinshasa.
1964 Bob Thornbloom, the first missionary born to missionary parents in Congo, arrives at Karawa with his wife, Jan. Violent militants, calling themselves Simbas (lions), rebel against the government. Covenant missionaries in affected areas evacuate.
September 4, 1964 The Carlson family cross the river to Central African Republic (CAR). Paul heads back to the hospital in Wasolo.
September 6, 1964 After performing emergency surgery in Wasolo, Paul visits his family in CAR. He returns to Wasolo to check on his patients, planning to join his family a few days later. Rebel activity increases in the area around Wasolo, and Paul is unable to travel back to CAR. Rebels enter Wasolo and kill two members of the hospital staff. Paul is taken hostage.

November 24, 1964 Paul Carlson is killed by Simba rebels in Stanleyville during a rescue attempt.
1965 Lois Carlson publishes her book, Monganga Paul, with Harper and Row.

Summer 1965 Missionaries begin returning to Congo at the invitation of the CEUM.
1966 Wasolo remains without a doctor because of rebel activity in nearby CAR. The Congolese staff continue to operate the hospital and schools. The Paul Carlson Foundation is established to “seek to perpetuate Paul Carlson’s efforts to upgrade medical services and medical education in underdeveloped areas of the world—particularly in Central Africa.” An autonomous organization connected to the Covenant through its board of directors, the foundation hopes to appeal to a broad base of both secular and religious sources.
Summer 1966 Lois returns to Congo with a survey team to settle on a project. She travels to both Wasolo and Loko, where the Belgians had built a leprosarium in 1959, the year before independence. The facility had never been occupied, and Paul Carlson had once thought it would be a good site for a medical center. Wallace Thornbloom meets with the president of Congo, Mobutu Sese Seko, who agrees to deed the hospital to the foundation.
1967 Wasolo still lacks a permanent doctor, but Roger Thorpe, a missionary at Karawa, travels there to perform operations.
December 1967 Arden Almquist, now head of Covenant World Mission, takes a sabbatical from that post and returns to Wasolo to open the hospital and offer medical services for four months.
March 20, 1968 The 140-bed Paul Carlson Medical Center (PCMC) is dedicated at Loko. It soon expands, building fifteen satellite clinics and developing programs in nutrition, agronomy, and microenterprise. 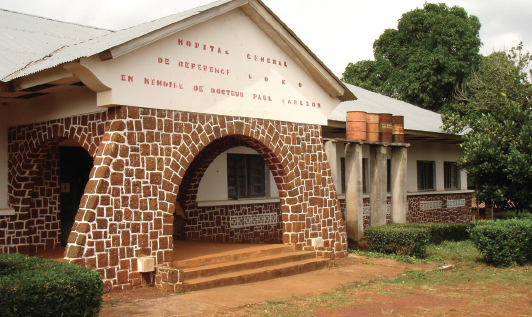 1970–1977 Arden Almquist serves as director of PCMC.
1970 The church in Congo, which was developed by the cooperative work of the Covenant and the Free Church, decides to separate into two churches. The Covenant church in Congo becomes the Communité Evangelique de Ubangi-Mongala, or the CEUM.
1971–1997 The Democratic Republic of Congo is renamed Zaire.
1973 Paul Carlson Foundation becomes the Paul Carlson Medical Program (PCMP).
1979 A son of the church in Congo, Sambe Duale becomes the first Congolese doctor at Karawa Hospital.
1984 Sarah Thornbloom, now retired, returns for the dedication of the Zulu Falls hydroelectric project, which provides electricity to Karawa. Her son, Bob, oversaw the planning, development, and completion of the 14-year project. 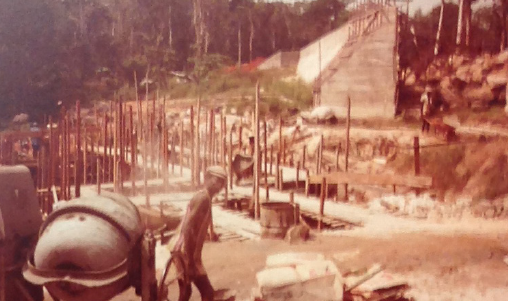 1987–1990 Dan Ericson, Covenant missionary, serves as executive director of PCMP. He is asked to prepare the program to become part of the Covenant mission in Congo.
1989–1990 Paul Carlson Medical Program becomes part of Covenant ministries.

1990–1991 Soaring inflation makes it difficult to get medical supplies.
September 1991 Riots and looting in Kinshasa spread to other cities. The U.S. embassy orders non-essential personnel to leave the country. The Covenant missionary staff—89 adults and children—evacuate.
1992 At the invitation of the CEUM, missionaries return to Zaire.
1996–1997 During the First Congo War, Mobutu Sese Seko is deposed. The new government renames the country Democratic Republic of the Congo.
January 1997 Due to rebellion in eastern Congo and political uprising in Central African Republic, Covenant World Mission reduces its missionary staff by 50 percent, keeping no more than a planeload of staff members in Karawa in case immediate evacuation is necessary.
February 1997 The remaining staff in Karawa is evacuated. Congolese medical staff take over the work at the hospital. CEUM churches, schools, homes, and institutions are looted by fleeing soldiers. Four soldiers kidnap CEUM president Luyada Gbuda. After beating him, looting his home, and threatening to kill him, they leave. After escaping to his home village with his family, he is again threatened and his home ransacked by soldiers. The following year he is arrested, beaten, and detained for a month.

1998 The Second Congo War (Great War of Africa) begins. Although a peace deal is reached in 2003, violence continues in eastern Congo today. Millions have died primarily from disease and malnutrition. Millions more have been displaced.
2004 Paul Carlson Foundation is reborn as Paul Carlson Partnership. Jim Sundholm, head of Covenant World Relief, oversees the work of PCP. Its first project is to raise $5 million to address health, poverty, and education in Congo.
November 2004 Lois Carlson Bridges and her son, Wayne, also a physician, return to Congo to commemorate the fortieth anniversary of Paul Carlson’s death.
2008–2012 Byron Miller serves as executive director of Paul Carlson Partnership. Among the projects he develops are Farmers to Market and Medical Ambassadors.
2010 The CEUM invites eight missionaries to return to Congo.
2012 Covenant Kids Congo, a child sponsorship program, is launched by the ECC in partnership with World Vision.
2013 Meritt Lohr Sawyer becomes the executive director of Paul Carlson Partnership.
2014 CEUM has 247,507 members, 1,574 pastoral workers, and 1,647 churches. 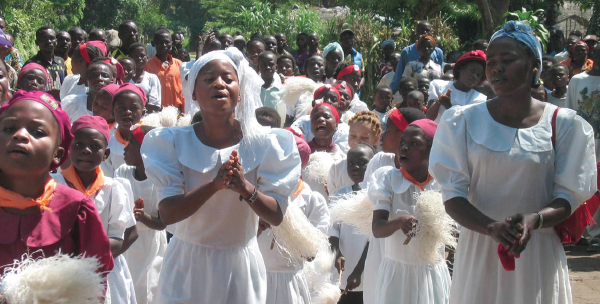